Tay-Sachs and Sandhoff diseases are rapidly progressive and fatal pediatric lysosomal storage disorders that reduce life expectancy to less than two to four years in the severe forms of the diseases.

The programs are designed to introduce functional copies of the respective genes, encodingcritical enzymes impacted in these diseases, with an aim to improve survival and enable children to reach key developmental milestones. In prior animal studies conducted with these gene therapies, dose-dependent increases in enzyme activity, reductions in accumulated gangliosides and prolonged survival have been observed.

“Diseases like Tay-Sachs are attractive targets for the transformative possibilities of gene therapy, because we have been able to identify the underlying genetic cause of the disease and now have well-understood methods of delivering the corrective genes,” said Miguel Sena-Esteves, PhD, associate professor of neurology at UMass Medical School and a principal scientist of the research programs. “Axovant’s expertise in the development and manufacturing of investigational gene therapies and their focus on execution on behalf of patients makes them a strong partner to translate the impressive preclinical results into the clinic.”

“We are excited to add these potentially life-saving gene therapy programs for GM1 gangliosidosis, Tay-Sachs and Sandhoff diseases to our growing pipeline of innovative gene therapy product candidates. The devastating nature of these disorders creates an urgent need to pursue opportunities that may offer hope to these children and their families,” said Pavan Cheruvu, MD, chief executive officer of Axovant. “We look forward to working with world-recognized pioneers in gene therapies at the University of Massachusetts Medical School and the National Institutes of Health to bring these potentially transformative treatments to patients. We are also inspired by and anticipate working closely with affected patient communities through the National Tay-Sachs & Allied Diseases Associations (NTSAD) and the Cure Tay-Sachs Foundation.” 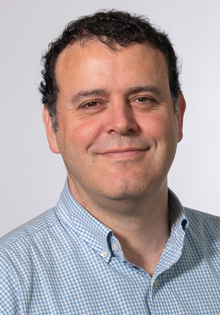 “We have lost too many children to these devastating diseases. Patients and their families deserve the hope that these potentially life-saving gene therapies could provide,” said Sue Kahn, executive director of NTSAD. “The families of these children have been waiting for treatment options for too long and we are excited to see Axovant accelerate these gene therapies into the clinic.”

Research into the causes and potential therapies for lysosomal storage diseases such as Tay-Sachs, Sandhoff diseases and GM1 gangliosidosis at UMass Medical School has already led to significant advances in the field, including research and development of the gene therapy vector used to deliver functioning copies of the defective genes that cause disease, along with development of a number of preclinical animal models key to evaluating the potential effectiveness of the treatment, in conjunction with Douglas Martin, PhD, professor of anatomy, physiology and pharmacology at the Auburn University College of Veterinary Medicine.

“We are enthusiastic to partner with Axovant and its experienced team in the treatment of Tay-Sachs, Sandhoff and GM1,” said Heather Gray-Edwards, PhD, DVM, assistant professor of radiology at UMass Medical School and a part of the development team for the research discoveries licensed by Axovant.

“The work of Dr. Esteves, Dr. Gray-Edwards and their collaborators is a wonderful example of UMass Medical School scientists and physicians bringing the power of gene therapy to bear on a medical condition that can be truly tragic for families with affected babies,” said Terence R. Flotte, MD, the Celia and Isaac Haidak Professor of Medical Education, executive deputy chancellor, provost and dean of the School of Medicine at UMass Medical School. “Bringing hope to families is what translational research is all about. Tay-Sachs families have waited an incredibly long time for this hope to be offered.“

“The decade-long collaboration between UMass Medical School and Auburn University to develop these AAV gene therapies has been a tremendously successful research partnership. Axovant is a new and exciting partner in this endeavor, one that will play a critical role in successfully navigating the next stages of clinical trials. Axovant’s team brings the necessary experience to make into reality the long-held dream of a community to defeat these genetic diseases that have caused so much human tragedy for so many,” said Esteves.