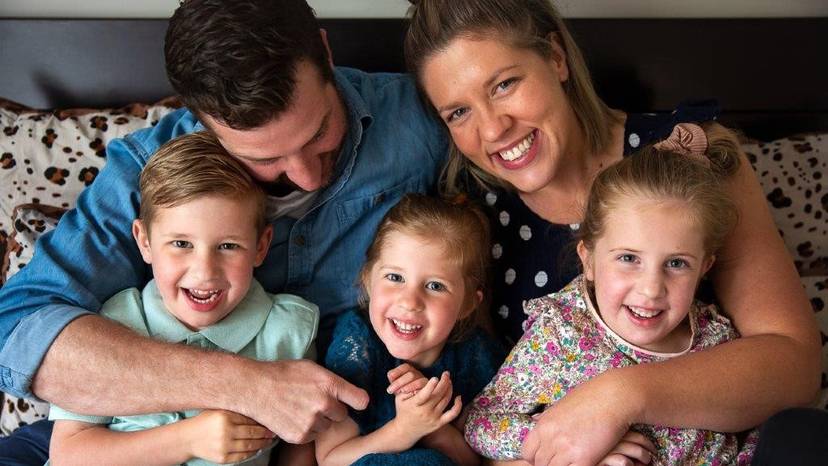 Kelly McElligott, from Victoria, is living every mother’s worst nightmare. Here she shares her story in her own words:

It’s easy to recall a particularly harrowing car journey with your kids.

As a mum of three I’ve experienced all those scenarios but the worst car journey of my life was far more traumatic.

My husband Rory and I were driving the hour and a half home to Geelong with our now six-year-old daughter Maggie, asleep in the back.

We’d just been told she had a fatal condition which would not see her live past late childhood.

There was a chance our other two children, Billy, five, and Alice, three, could also have it.

That journey was torture. I think it was the worst period of my life. I was crying. Rory was silent. Both of us had experienced loss before but this was such a complex, new kind of grief.

How did we even begin to process what we’d been told? What should we do with these new emotions engulfing us?

Maggie had been diagnosed with Juvenile Tay Sachs, a genetic condition which would see her slowly regressing, physically and cognitively, until she passed away.

There was no treatment. No cure. In a horrendous twist of the knife it was due to a gene Rory and I had both given her.

Inadvertently it was ‘our fault’.

How could this have happened to us? I kept thinking. What had we done to deserve it?

There was no road map for what was to come. Telling family and friends. Relieving the diagnosis again and again.

When it became too much I sent group messages or asked others to pass our news on.

Whatsapp, which had once been used to arrange playdates and exchange emojis, became the forum we discussed the darkest of times. 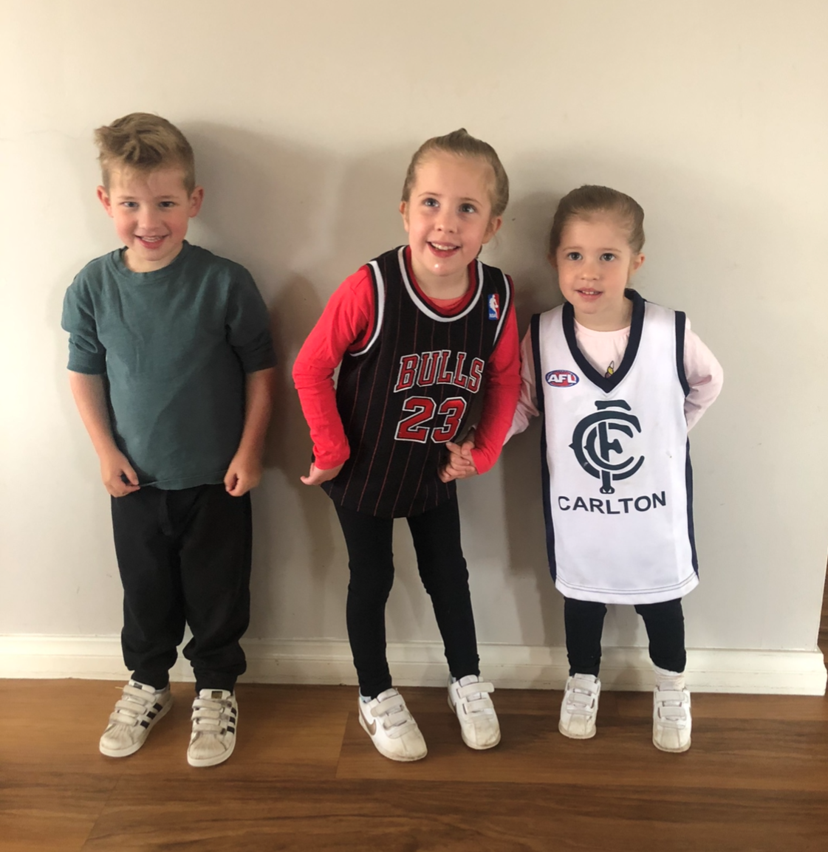 And then there was Billy. Our gentle, clumsy little soul.

We’d been advised to sit with Maggie’s diagnosis before rushing to get Billy and Alice tested but as the months went by my gut knew. Billy has it too.

In February 2020, 10 months after Maggie’s diagnosis, we received our second blow that Billy did indeed have Juvenile Tay Sachs. Alice was clear.

Our little boy who had already seen Maggie deteriorate so quickly, needing a wheelchair, nappies and spoon feeding, was facing the same fate himself.

And what about Alice? The pain I constantly carry in my heart stabs deeper when I let myself think about how she’ll cope with the loss of the brother and sister she adores. 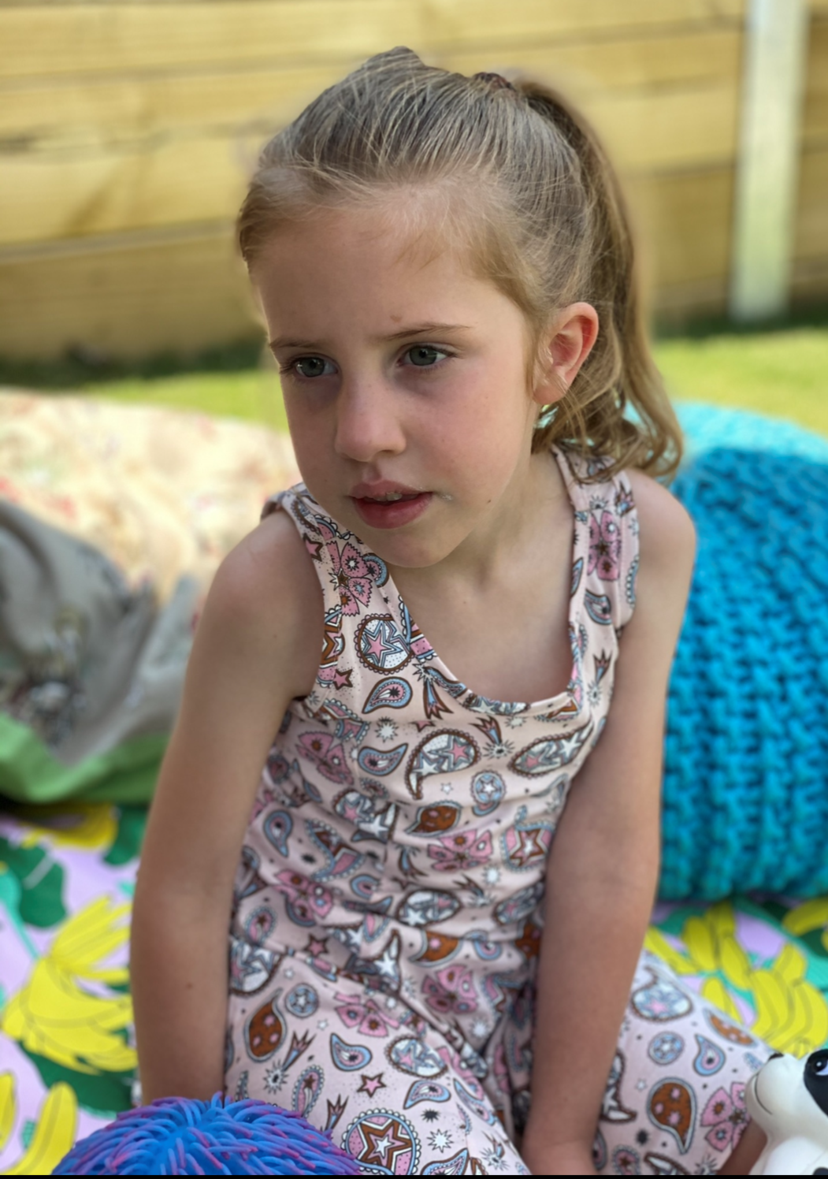 Maggie will not live past late childhood. Credit: Supplied.

But it’s strange how a fate that once seemed the worst thing possible has now settled around us. We’ve sat with it and I’ve come to embrace any positive glimmers.

Families receive this kind of news when their children are babies but we’ve got to see Maggie and Billy grow up a little bit.

We’ve got to know our sensitive, friendly Maggie and busy, bunny-loving Billy.

We still have them with us and continue to make the most of our simple, family life while we still can. 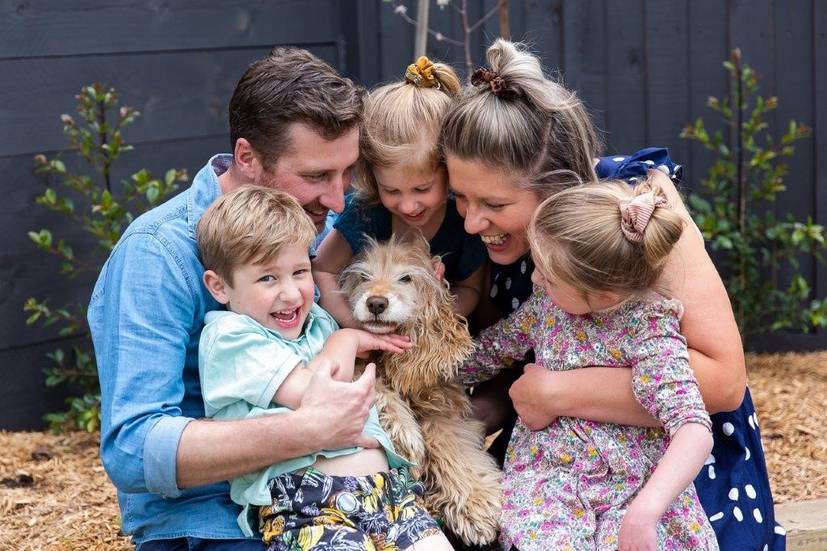 Kelly is treasuring every moment while she still can. Credit: Supplied

We’ve also had tremendous support through our GoFund me page.

While we’ve been unlucky in many ways we have also been one of the luckiest families to have been the recipients of such an outpouring of love.

It has been so unexpected and wonderful and made me realise we are not in this alone.

A new genetic carrier screening study, Mackenzie’s Mission, has just been launched in Australia. It will test couples hoping to get pregnant for 700 genetic conditions including Tay Sachs.

And that’s just another positive. Tay Sachs is preventable and steps are being taken to stop other families suffering like ours.

For now, we are taking each day at a time.

Living our best lives and holding Maggie and Billy close while we are lucky enough to be able to.